Changing Colours with the Seasons

Changing Colours with the Seasons 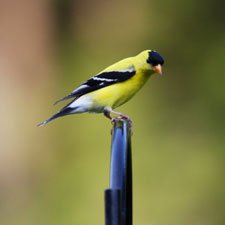 Moulting is the process of shedding something old to give way for something new. In birds, moulting involves replacing some or all their feathers at least once a year, usually in the fall. For many birds, this means having fresh feathers for the long migration ahead, the most dangerous time of the year for most birds. Blackpoll Warblers, for example, need perfect plumage to undertake their incredible migration and complete a non-stop 88-hour 3,000 km flight over the Atlantic Ocean. 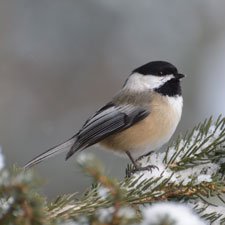 Some species such as the Cardinal or the Chickadee merely use the annual moult to refresh their plumage; the feather colours remain the same all year-round. Others, however, use the moult as an opportunity for change. Vibrant breeding colours are swapped for camouflage, either adapted to the winter conditions for those that stay, or for the long journey and winter habitats of migratory species. And that means going through a second moult in the spring, to regain the breeding colours. 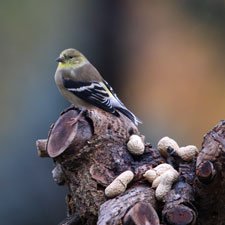 American Goldfinches are an example. The bright yellow male of summer is still at your feeders all winter; he’s just not yellow anymore but has assumed colours more like the female’s greyish green. Most warblers will do the same; the bright blues, oranges, yellows, stripes and patterns of the summer are exchanged for drab greens, olives and yellows that make most species appear very similar to one another.

Many birds will have this pattern of being colourful in the summer and camouflaged in the winter. However, there are some exceptions. Ducks are a perfect example. Unlike most other birds which usually meet on the breeding grounds or are already mated, ducks usually bond in the winter and migrate back as a pair to the breeding grounds. It thus makes sense to have your best attire in the winter when it is time to impress the ladies. Have you ever noticed that there are no male duck to be seen in July and August? This is because Ducks moult their flight feathers in the summer and during this time they will have a hard time flying. Bright colours and flightlessness are not a good combination when there are predators around, so males ducks take on the drab appearance of the females during this dangerous time.