As good as new

As good as new

On July 20, 2020, a Wildlife Officer for Environment and Climate Change Canada arrived at Le Nichoir with a Common Nighthawk, an insect-eating bird that is threatened in Canada. The Officer had been contacted by the concerned citizen who had found the bird.

The juvenile nighthawk was underweight and had a fractured lower mandible, which caused its beak to be misaligned. To encourage the beak to heal in the correct position, the biologists at the Centre stabilized the nighthawk’s beak with a bandage every night, and handfed the bird during the day. After three weeks, their efforts were rewarded: on August 12th the nighthawk was returned to the wild with a beak looking good as new! 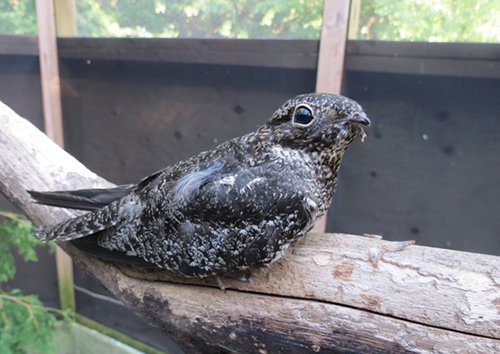