A quick stopover before heading to the Atlantic

A quick stopover before heading to the Atlantic 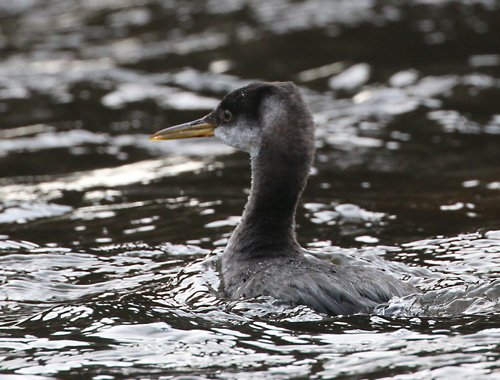 Most of the patients currently at Le Nichoir are aquatic birds. More and more birds such as geese, ducks and gulls are overwintering in our region rather than migrating south and many diving species such as loons and grebes tend to migrate late in the winter.

One patient in particular, a Red-necked grebe, was recently transferred to Le Nichoir from another facility in Quebec. The grebe had been found grounded on wet pavement unable to fly.

On arrival at Le Nichoir our biologists, Susan and Weiyi, performed an examination and took x-rays. The bird was feisty and in perfect health. Not needing any care, the bird was well fed with fish and then released on open water shortly after his arrival.

Such situations are not unheard of for birds such as grebes as they are only able to take flight when on water. Occasionally they become stranded when they accidentally misinterpret wet pavement as a body of water as was the case with this bird.