This female Pine Grosbeak from Boileau, QC, has been released back to her flock and her mate!

She was admitted in late January after suffering trauma from colliding with a window. A couple in Boileau, QC, noticed the injured female under one of their windows. She was unable to fly, and her mate stood beside her the entire time. After one month in the care of Le Nichoir’s biologists, the long-awaited day of her return home finally arrived! 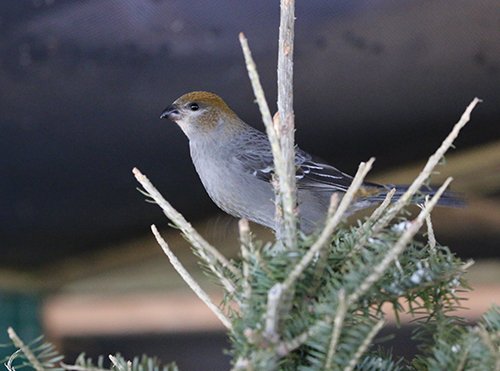