The Wild Bird Conservation Centre, from Dream to Reality

The Wild Bird Conservation Centre, from Dream to Reality 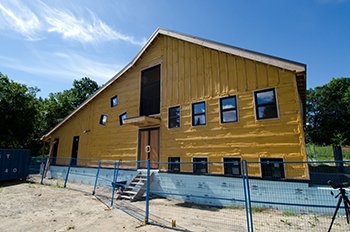 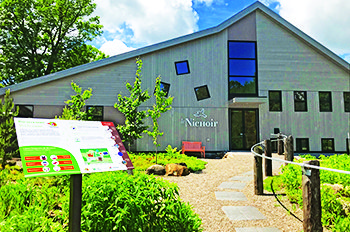 For most bird rescuers, delivering an injured or orphaned wild bird to Le Nichoir provides a sense of relief. They quickly see that their bird will be in good hands from that moment on and, if they are first-time visitors, will likely be favourably impressed by our facilities and the professionalism of our staff. Our admission process does not involve long waits except, perhaps, on our busiest days. Birds are admitted on arrival and typically examined within minutes. We are generally able to provide some early feedback on the bird’s condition before the rescuer leaves for home with encouraging words to call us in the next 24 to 48 hours for an update on the prognosis.

Prior to the opening of our new Centre, we weren’t able to offer anywhere near the quality and range of rehabilitation and education services that we do today. While caring for thousands of wild birds out of an abandoned barn for 20 years was a commendable achievement, much more was needed for the longer term. This was self-evident in 2009 when Le Nichoir’s President, Josée Bonneville, announced the development of a full-fledged Wild Bird Conservation Centre on the Le Nichoir site. The project included a new main building, the design and construction of an innovative, multi-unit songbird aviary and an environmental education program focusing on the avian world.

The Centre they dreamed of would effectively meet the needs of three distinct groups: the birds, the public, and the staff and volunteer workers. The facility would provide for the efficient treatment of patients and accommodate the sometimes conflicting vocations of caring for the birds and educating the public – ensuring respect for the birds’ need for isolation while responding to the public’s desire to be near and to see the birds.

It took six years and a huge effort to realize the dream. Access to the land had to be obtained from its owner, The Nature Conservancy of Canada. More than one million dollars had to be raised from the public, corporations and government agencies. And then there was the task of managing the project, including selecting the best architectural firm and general contractor for the job as well as legal and financial resources needed along the way. Set in motion by Josée Bonneville and completed under strong leadership by her successor, Lindsay D’Aoust, it all got done, and done very well!

The official ribbon was cut on Friday November 4th, 2016, capping off a feat made possible by more than three hundred generous donors and the extraordinary efforts of Josée, Lindsay, our talented staff, and a host of dedicated volunteers and supporters, far too numerous to mention here.